Service available only for persons over 18 years.

Alexandre Silvério is one of the few bassoonists in the world who plays both Classical and Jazz. He is the Principal Bassoonist of the São Paulo State Symphony Orchestra (OSESP), but also a very committed jazz bassoonist.

In addition to playing with OSESP, Alexandre teaches at the prestigious “EMESP”, at the “Academia de Música da Osesp” (Osesp Academy of Music), is part of CAMALEON BASSOONS and is part of a jazz group named after himself. 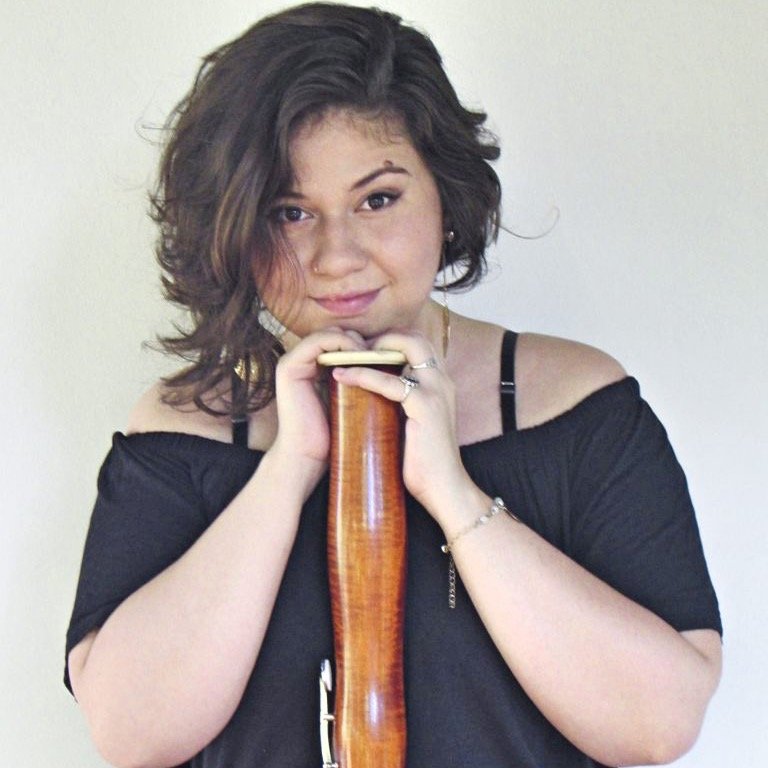 Vívian Meira began her music studies when she was 5 years old, first on the recorder and then on the flute, at the Lorenzo Fernandez Conservatory in Montes Claros, Minas Gerais, Brazil, where she was born. She became acquainted with the bassoon at age 13. She holds a Bachelor’s Degree from the Federal University of Minas Gerais, where she studied with Romeu Rabelo (OSESP), Catherine Carignan, and Raquel Carneiro. She attended Brazil’s main music festivals, such as Festival de Música Internacional de Campos do Jordão, Festival SESC de Pelotas, and Festival Música nas Montanhas. Vívian participated in masterclasses taught by world-renowned professors, notably: Dag Jensen, Afonso Venturieri, Martin Kuuskman, Guilhaume Santana, Selim Aykal, Magnus Nilsson, Fábio Cury, Mathieu Lussier, Aloysio Fagerlande, Ronaldo Pacheco, Patricia Iribarrem Cruz, Emmanuel Pahud, and Christoph Hartmann. She is currently enrolled at the Music Academy of the São Paulo State Symphony Orchestra (Academia de Música da OSESP), where she is immersed in the orchestra’s daily routine and has frequent and regular bassoon lessons with principal bassoonist Alexandre Silvério and contrabassoonist Romeu Rabelo.

In 2015, she won the Jovem Músico BDMG competition in the chamber music category; in 2017, she earned both the Second Prize and the Best Interpretation of the Commissioned Work Prize at the First Brazilian Double Reeds Association Competition. In 2020, she placed third at the International Orchestra Auditions Awards organized by the Samnium University of Music in collaboration with the Stiftung Mozarteum Salzburg, and won the SINOS/FIMUCA Young Soloists Competition, in the Bassoon category.

A videogames enthusiast, self-taught webmistress, and a founding member of the CoronaBassoons community and organization crew, Vívian spends her free time between the computer, playing with her cat Morgana and enjoying a good cup of coffee.